History of the Weald of Kent

The name "Weald" is derived from the Old English weald, meaning "forest", and was given to a physiographic area in the South East of England situated between the parallel chalk escarpments of the North and the South Downs.

There are 5 key components that together make up the weald landscape.

Together these features support a wide variety of wildlife, some of which is rare.

Originally the Weald was heavily forested and stretched from Lympne in Kent to the Forest of Bere in Hampshire. Sparsely inhabited, it was used for centuries by herdsman and their animals during the summer months. The forest also acted as a hideout for outlaws, bandits and highwaymen until the late middle ages.

Camping in the Weald

Experience the weald and all its key components at Bedgebury Camping in Kent. Situated in 250 acres of mixed farm land the campground is located in a tranquil valley away from the road by the side of a small meandering stream and coppice woodland. 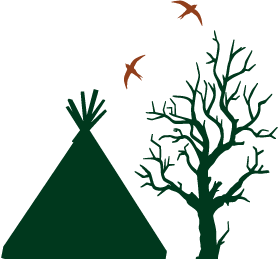 Are you sure you wish to cancel this booking?